Lead is a common metal that has been used in products for hundreds of years. It is a naturally occurring heavy metal that is toxic when it enters our bodies. Although the use of lead in housing paint, gasoline, and drinking water pipes has been reduced or eliminated, old and new products containing lead can still be found in our environment. The products can contribute to lead poisoning. Even small amounts of lead can result in poor health outcomes. All people can be affected by lead, but lead is most dangerous to children, especially those under that age of six.

In children, lead is most damaging when they are six years old and younger. Children are growing at a very fast rate. They are growing bones, developing stronger muscles, and creating many connections in their brain. Lead is absorbed quickly into the bloodstream and distributed throughout the body. When lead, instead of essential nutrients, is "available" to the body, it can take the place of calcium and iron in the bones, and cause permanent damage to the brain and nervous system. Even at  levels below current standards, lead can be harmful and be associated with:

In rare cases, very high levels of lead are life-threatening and can cause seizures, unconsciousness, and death.

The Centers for Disease Control (CDC) has set a reference level of 3.5 μg/dL (micrograms per deciliter). This level is not considered a safe threshold; instead it is meant to be a reference level to trigger public health action.

There is no known safe blood lead level for children. The neurological effects of lead are irreversible.

In pregnant women, there is sufficient evidence that elevated maternal blood lead levels can:

Lead is a useful and common metal that has been used in products for hundreds of years. 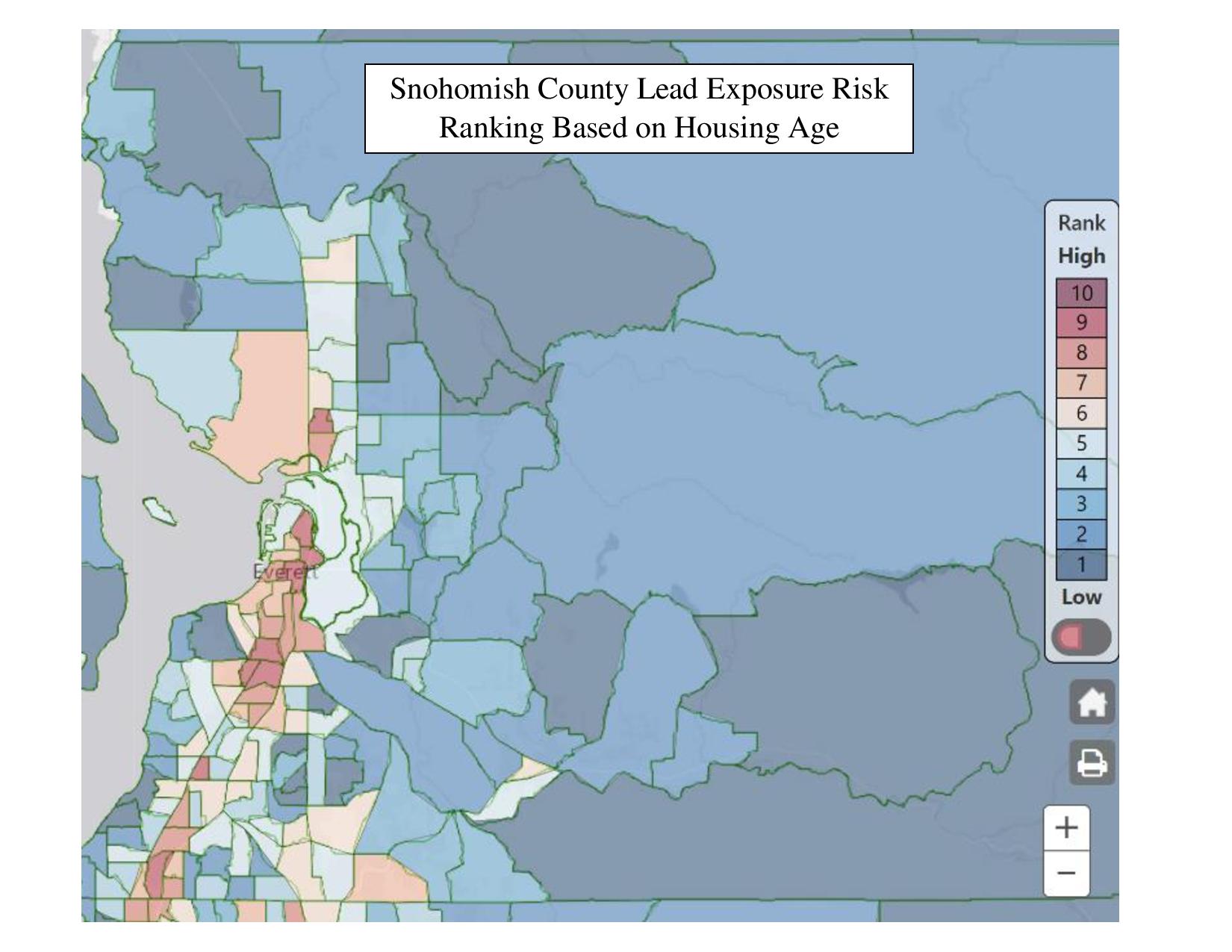 Old paint containing lead is still the largest risk of lead exposure. Paint older than 1978 is of concern, but paint older than 1950 may have very high levels of lead. Lead can be released from old paint when it is chipping, peeling, cracking, or when remodeling is done. Deteriorating or disturbed paint can create dust contamination on the interior of the house and in soils near the perimeter of the house.

Although Washington State ranks 17th in the nation in number of homes built prior to 1950, certain parts of Snohomish County have increased risk of lead exposure because of the age of the homes there. 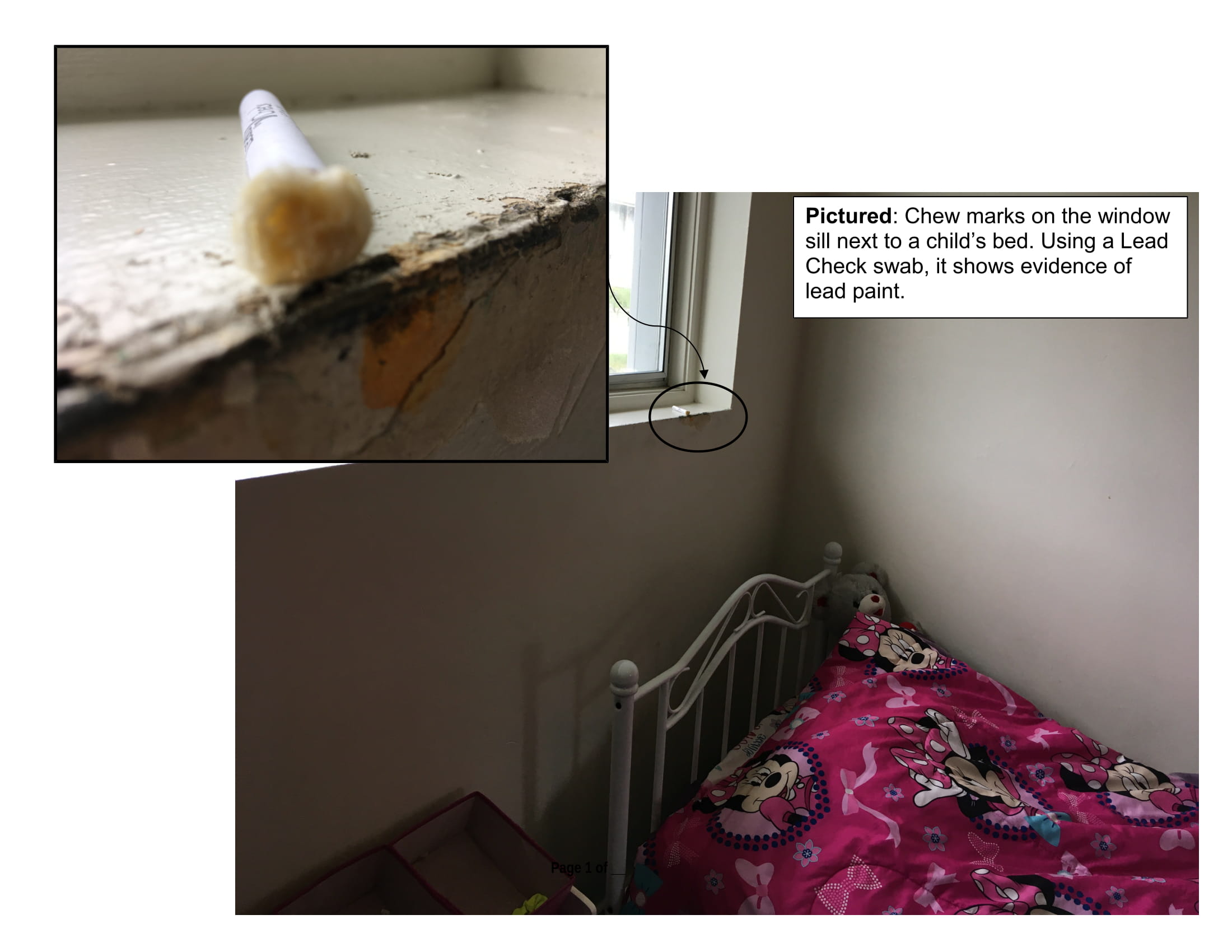 Soil can be contaminated with lead if you live in a home built before 1978 and paint with lead was used on the exterior of the home. Paint chips and dust can fall into the soil around the perimeter of the house if the paint has been cracking, peeling, or if the home has been sanded or pressure washed, for repainting. Two other possible sources of contaminated soil are leaded gasoline and industrial operations like smelters. While gasoline is generally no longer a major source of lead, decades of leaded gasoline left contamination in the soil next to roadways up to one-quarter of a mile from the road.

Historic smelter operations, such as the Everett Copper Smelter, that operated in North Everett, also have contaminated soil in that area. The Everett Smelter was located near the corner of Marine View Drive and Broadway. It was operated by Asarco from 1894–1912, but the contamination wasn't discovered until 1990. The Washington State Department of Ecology has been working on cleanup of arsenic and lead contamination linked to the Everett Smelter smokestack emissions and slag reuse.

The largest source of lead in drinking water occurs through leaching from lead-containing pipes, faucets, and solder, which can be found in plumbing of older buildings. If you have older pipes in your home, be sure to run the water for 60 seconds or until it is very cold every morning before using it. Use only cold tap water for cooking and drinking. Warm water increases leaching of lead from the pipes into the water. Warm water is fine for washing and bathing. 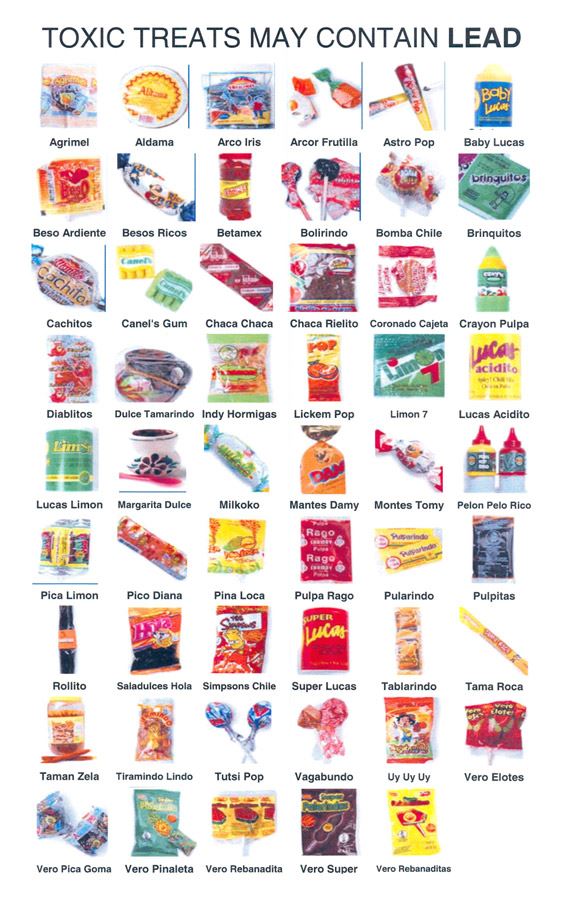 Lead has been found in candy and candy wrappers imported primarily from Mexico and Asia. Learn how the United States Food and Drug Administration (FDA) is trying to control lead in imported candies.

Imported spices are more likely to contain higher levels of lead, especially brightly colored spices such as turmeric, cumin, curry, and chilis, due to less regulations in some countries.

Certain cosmetics, especially those from the Middle East, India, and Asia, may also contain high levels of lead. Cosmetics that may contain lead are:

Some art supplies, such as artists' paint, still have lead in them. Buy only non-toxic paints for your children. Some hobbies require the use of lead, such as stained glass, firing guns, making ammunition, and making fishing lures and sinkers. Keep children away from areas where lead is being used. Be sure not to bring lead dust on your clothing into the home.

Ceramic ware can be dangerous when it is covered with lead-containing glaze or paint. Lead may be added to brighten colors and provide a smooth finish. If you prepare, store or serve food and drinks in these types of ceramic ware, lead can get into your food or drinks and cause health problems. Minimize the use of these products or replace them with lead- free products. Dishes that are more likely to have lead are vintage dishes, terracotta glazed dishes, and handmade pottery and dishes.  There is a higher risk of lead exposure if dishes are cracked.

Adults who work in industries that use lead (battery manufacturing, pipe fitting, firing ranges, demolition, glass production, smelting operations, etc.) should be careful not to bring lead home with them. Shower and change clothes and shoes at work. Do not contaminate your car. Wash contaminated workwear separately.

If your child is under the age of six, you should talk to your doctor about testing your child for lead if you answer "yes" to any of the following questions:

The only way to know if a child has lead poisoning is to have the child tested for lead, because often no signs or symptoms are visible.